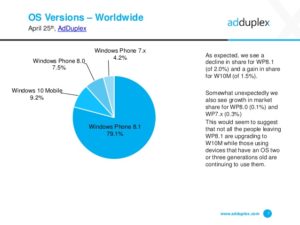 As reported by us earlier, Lumia 520 is no longer a popular Windows Phone. Now, the new report by AdDuplex also reveals that Windows 10 Mobile now captures 9.2% market, up by 1.5%.