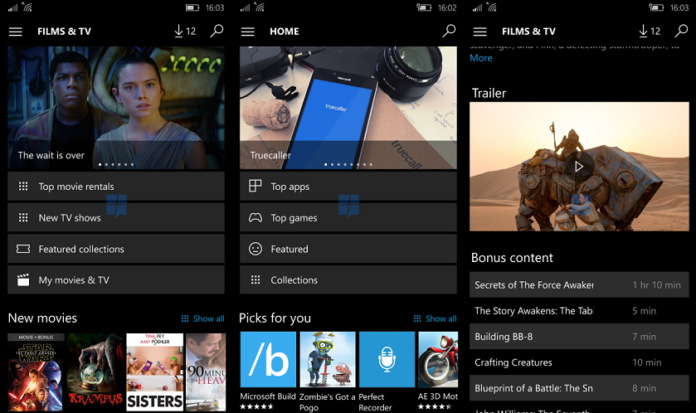 Few days ago we reported that Microsoft is working on Windows Store design improvements in Anniversary Update. For the Anniversary Update, Microsoft announced about including App Trailers in the Windows Store so the layout of some parts of the Store Design will be changed. WindowsBlogItalia has got their hands on the new Windows 10 Store design and shared a preview video with Windows Fans.

Following Changes will be there: