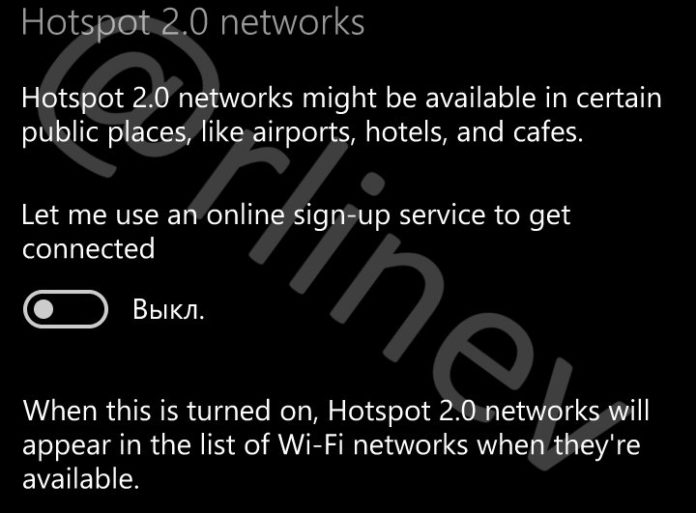 Read Also: Windows Store for Windows 10 Mobile getting new interface and much more

Hotspot 2.0, also known as HS2 and Wi-Fi Certified Passpoint, is an approach to public access Wi-Fi by the Wi-Fi Alliance. The idea is for mobile devices to automatically join a Wi-Fi subscriber service whenever the user enters a Hotspot 2.0 area, in order to provide better bandwidth and services-on-demand to end-users, while also alleviating mobile carrier infrastructure of traffic overheads. Hotspot 2.0 is based on the IEEE 802.11u standard, which is a set of protocols published in 2011 to enable cellular-like roaming. If the device supports 802.11u and is subscribed to a Hotspot 2.0 service it will automatically connect and roam.

What do you think? Do let us know in comments below.

Thanks Ayush for the tip!!