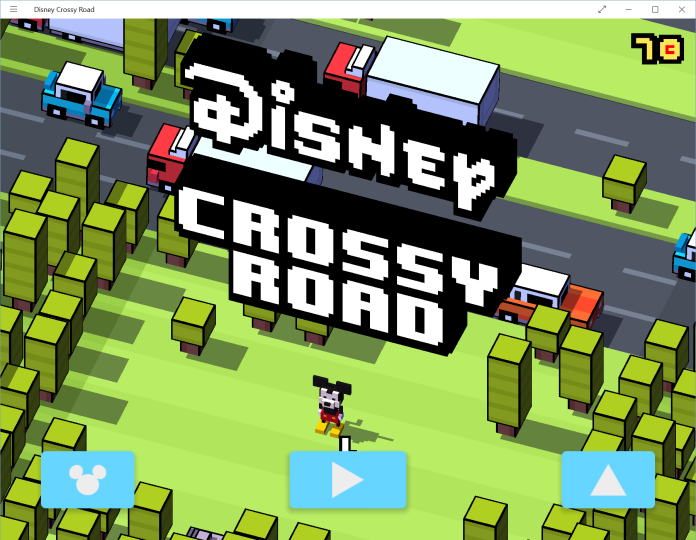 A couple of weeks back, we reported that Disney’s new mobile game made in partnership with Hipster Whale studios will soon be available on iOS, Android and Windows. Earlier today, the game finally arrived on all three platforms including the Windows Store. The game itself is free to play but there will be in-app purchases to unlock power-ups and also characters.

If you have played Crossy Road before, this special version of Crossy Road features over 150 Disney characters from the cartoon world. Beginning with Mickey Mouse, players will be able to unlock and find new characters like Donald Duck and the Lion King. Both Disney and Hipster Whale have been collaborating on this application for about a year now and this game is more of an extension of the original game rather than a totally new concept.