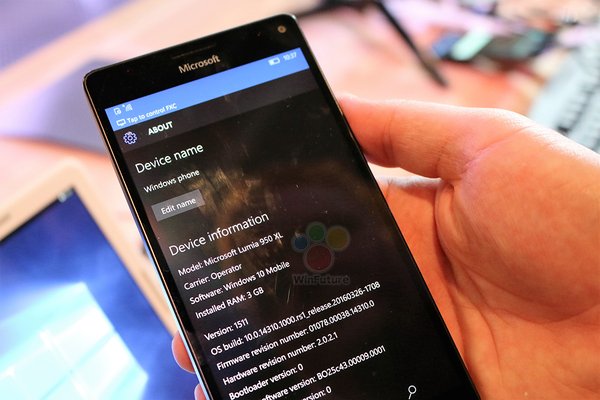 Recently, we reported that screenshots of Windows 10 Mobile Build 10586.218 has been leaked and it is expected to bring number of improvements along with bug fixes.

•Background under the list of applications do not shine now

•Reinstall the ability to download maps
•On the dynamic tile for maps
•Both Here, and Here the Maps work on this compilation
•No reel in Groove
•Generally noticeable improvement in system performance

As you can notice by the changelog, Windows 10 Mobile Build 10586.218 is a very minor update from current build 10586.164. However, it does comes with several other improvements and bug fixes over Build 10586.164. You can watch the video by clicking here