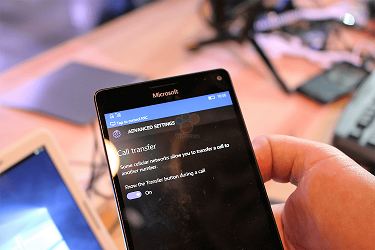 You can check the Build 14310 screenshots below:

Indeed, the changes are very minor but its better than nothing. Mobile Build 14310 could be release to Windows Insiders in fast ring very soon or Microsoft could also release greater build than Windows 10 Mobile Build 14310.