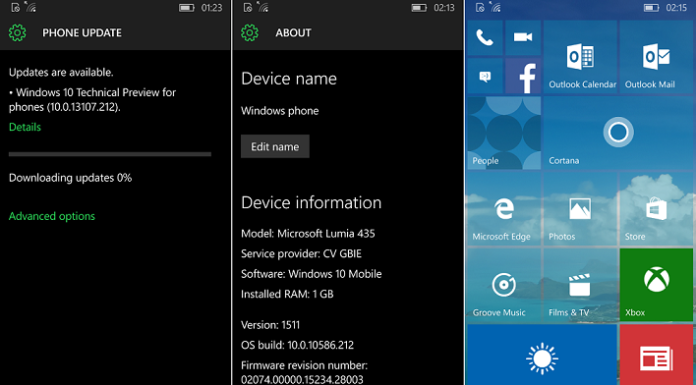 Windows 10 Mobile Build 10586.212 screenshots leaked and it doesn’t show any major changes. However, WinBeta was able to confirm that Windows 10 Build 10586.212 for phones, fixes app list background bug and there are also some minor performance improvements.

Those who don’t know the current build which is available in public is Windows 10 Mobile build 10586.164 and it is not yet stable. It is worth to mention that Microsoft could release build 10586.212 this week or even more later if the company not encounters any last minute bug.

Those who are wondering, Build 10586.212 is expected to include mainly bug fixes and minor improvements. Don’t expect any major UI or new features with Build 10586.200.