Earlier today, we reported (via WinBeta) that Microsoft is panning to introduce “Pick up where you left off” feature in Windows 10 Redstone. Along with this major improvement, Microsoft is also gearing for something more. According to WinBeta, Microsoft will introduce a new interface improvement in Cortana an Action center, dubbed as “Card UI. The new UI improvements will make it easier for users to read notification. It will make the messy UI, a bit neat and clean. 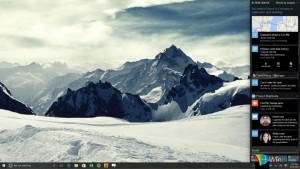 These are much needed changes and Microsoft is expected to talk more about it in Build 2016 event which happening tomorrow. Are you excited? Comments below.