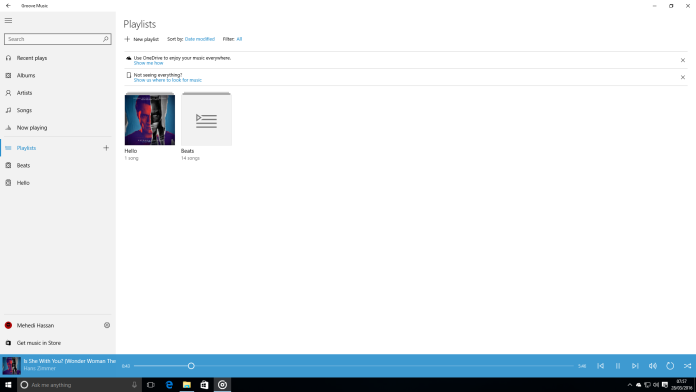 Groove Music for Windows 10 PC is going to get a pretty nice update. The tech giant is reportedly working on new update for Groove Music that will bring much needed changes to the app.

Nonetheless, it is fairly a nice update with handful number of improvements to the universal app. The update is currently being tested internaly. However, Microsoft will soon release Groove Music update to the Windows Insiders with new features and improvements, as mentioned above. Meanwhile, don’t forget to put your thoughts in comments below