Hey folks, welcome to our special edition where we share our views on what is happening in the tech world. Last week we talked about those companies which are more innovative than innovation. In that we came to a conclusion that Microsoft crushes Apple in all sort of ways where there is involvement of Innovation. Despite of the great innovations, its all known that Apple Rules the Profit World and Microsoft chases behind. So, lets discuss why this is happening. 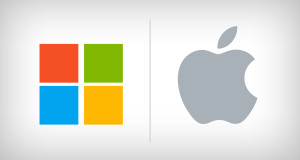 The Answer to this question is simple and the answer is Yes. Anything that Apple makes are highly reliable. Let it be Iphone, MacBook or even its TV. Even though Apple left innovation it hasn’t left the tricks and methods that it applies to satisfy the consumer. If consumer is happy, automatically that builds a great Brand image. And thats why Apple sounds like the king of the Tech World.

Last year Microsoft introduced a laptop “Surface Book” in its event and tag lined it as The Ultimate Laptop. After that event, the whole Internet was talking about that. Slowly when the reviews for it crept in, it was finalized that it’s only a heavily Marketed, costly and under performing machine for its price. Microsoft compared that piece of shit with a high end MacBook pro and claimed it to be twice as fast than it. It might be in some of the cases, but the bugs that Microsoft has injected into that, Oh my God! they are just not acceptable for that price and hype.

Generally you would expect an Ultimate Laptop to perform any task that you would throw onto it, but that was not able to handle 4K video editing, which is more important these days. On the other hand the high end Mac handles them with ease. Here’s where Microsoft failed to attack those people who comprise most of the professionals. Video editors hated it and why would a common man should buy it for daily tasks? Here is where Apple shines. Apple has Cleverly created MacBook air for common people with the performance that even outpaces the flagship Windows PC’s. There is not a single Windows PC which offers that grade performance for that price. To fill this gap you may say that there is Surface Pro 4. But, it is not accepted as the Air was accepted by people because of the bugs. The below picture proves this.

You might have understood how badly Microsoft failed in having great Hardware control over its products. Before, Microsoft was only making software for Windows PC’s but with the surface lineup they are making both. At least now, they should have made great devices and attracted people. Innovation without Reliability is useless. And the results are clear, all major companies like Google, Yahoo, Gameloft and many many more only use Apple Products. This clearly proves how they believe the Security and Performance of MacBooks. So, when great people start buying them, it clearly increases the profit of those devices. Year by Year Windows PC shares are decreasing despite the launch of Windows 10 and MacBooks are getting great audience. 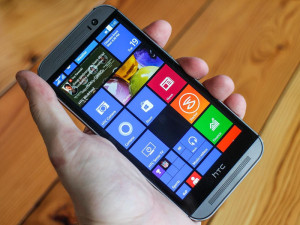 Apple Phone Business is Hit. Why?

Coming from PC discussion, phone business for Apple is a stupendous hit. The reason is clear and simple. The huge hit of IOS and a great brand name, force people to love and buy them. As people buy them, developers see great opportunity in developing for them. As a result Support for IOS never ends. So, Apple charges heavy bucks for its phones and Ipads. Its often said that Apple grabs 300% profit from its IOS devices. So, more profit means heavy business. On the other hand we all know the dead position of Windows Phones.

So, its clear that Apple Rules Profit and Microsoft runs behind. And we think that its very difficult for Microsoft to overtake it.