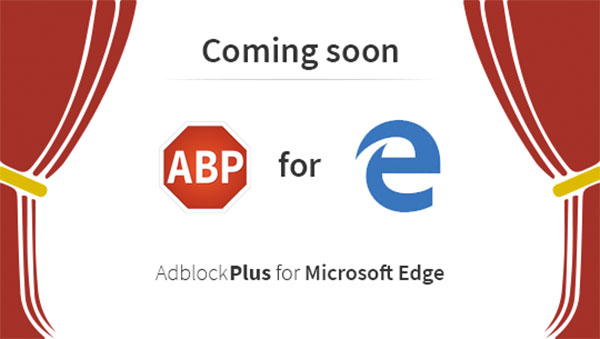 Good news is that AdBlock developers are working on Extensions for Edge browser. In the last Windows 10 Insider preview build, Microsoft introduced the support for extensions in the browser. Here’s the tweet confirmation:

@mjtappert @Busster95 @MicrosoftEdge We're working on it as we speak. Just waiting for Microsoft to allow us to be released. :)

Microsoft had already confirmed that they are working on a tool for porting Chrome extensions on Edge. Microsoft Edge browser extensions are also expected to come on Windows 10 Mobile. But right now their priority is to bring more and more extensions on edge.