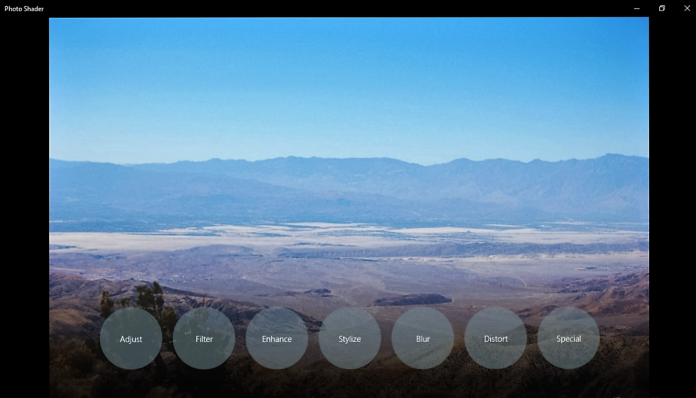 Christopher Blackman (from Ryken Studio) the developer of MyTube, has updated his photo editing app Photo Shader to version 3.0. With this update, the app is now a Universal Windows 10 App and can be downloaded on PC/mobile and later on XBox One and Surface Hub.

The app has a very simple and productive interface that lets you beautify your photos in seconds rather than minutes. The App also provides a real-time rendering that means you will know what your photo will look like before you let go of the slider.

Here’s the app Description in the Store:

Make your photos beautiful with Photo Shader. Simple, fast, and easy. With a simple interface and top-notch performance, you can beautify your photos in seconds rather than minutes. And with the app’s real-time rendering, you’ll know what your photo will look like before you let go of the slider.  With over 40 effects, filters and adjustments, Photo Shader has what you need to make a beautiful photo.