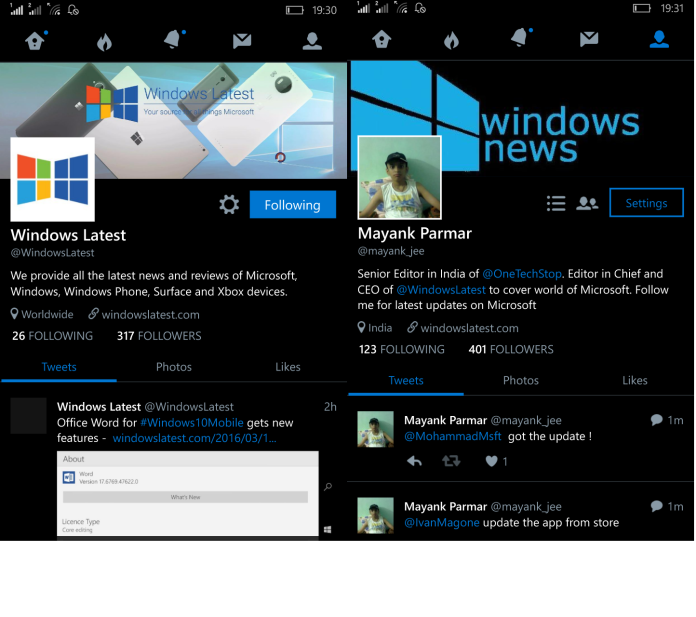 A while back ago Twitter for Windows 10 PC released with new design and improvements. The app was supposed to be universal. But, it lagged support for Windows 10 Mobile.

Now, Twitter for Windows 10 Mobile has been updated to become the new universal Windows 10 app. The app comes with similar UI as the PC and it feels really awesome. The app also includes support for likes instead of favorites and there are lots of more improvements which we can’t mention in this small article!!