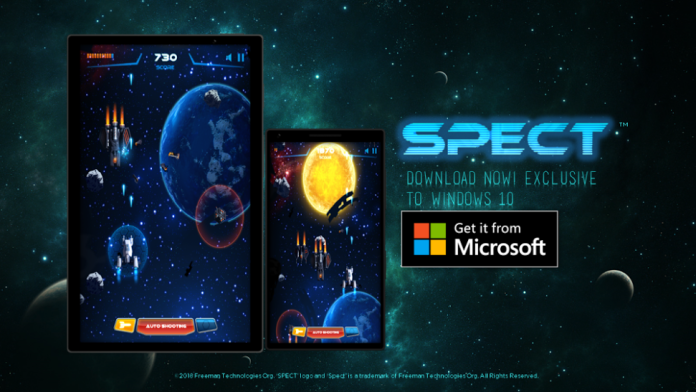 Yet another shooter game has lands on Windows Store. This time from Freeman Technologies, the game named Spect is indeed an addictive one.

The game is a space shooter which features the year 2255. Forming a Spect team and armed to fight it’s enemy Ominus in a deadly space battle. Your goal is to defeat Ominus to save Earth and mankind. How long would you survive a bloody battle! This is the game.

Watch the trailer of the game above.

The app is on its early version and indeed its little bit buggy. But if you are a goer for Shooter games, definitely its a worth try. And the developer promises more features in the upcoming updates.