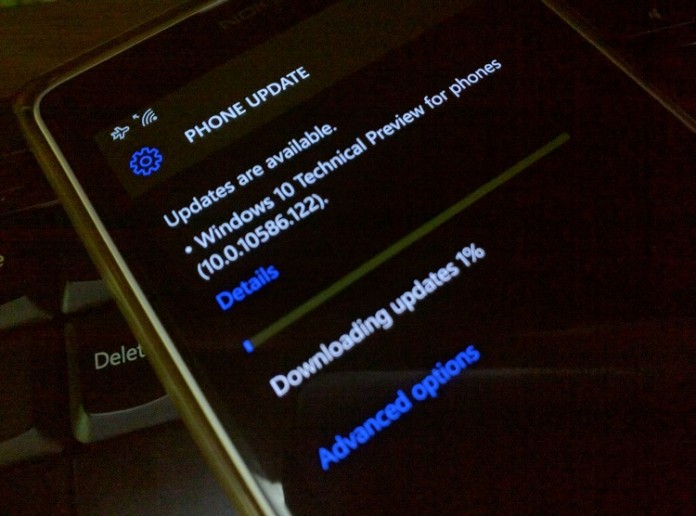 Earlier today, Microsoft released Windows 10 Mobile Build 10586.122 for Slow Ring and Release preview ring. Surprisingly, there was no new build released for those who are in Fast ring. So, to get new update you need to switch to slow or release preview ring to get the build as of now. Consider the following article for further more details:

Any doubts, please let us know in comments below: