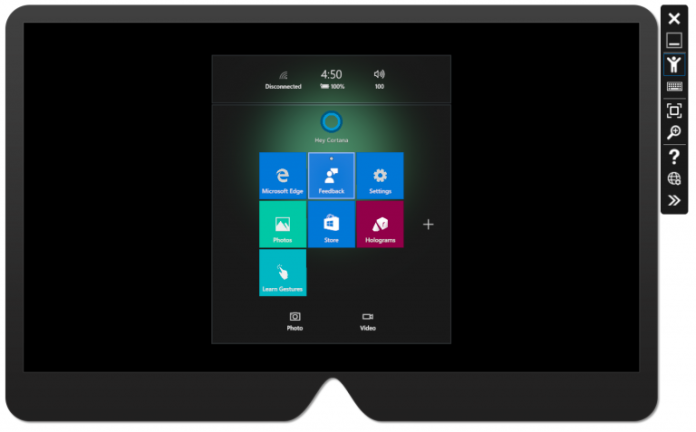 Today Microsoft started taking pre-orders for HoloLens Development Edition that costs about $3000 which is not affordable for all. Therefore Microsoft is also releasing the HoloLens emulator that allows developers to test holographic apps on your PC without a physical HoloLens and comes with the Hololens development toolset.

Official Introduction to the Emulator:

The HoloLens emulator allows you to test holographic apps on your PC without a physical HoloLens and comes with the HoloLens development toolset. The emulator uses a Hyper-V virtual machine. The human and environmental inputs that would usually be read by the sensors on the HoloLens are instead simulated using your keyboard, mouse, or Xbox controller. Apps don’t need to be modified to run on the emulator and don’t know that they aren’t running on a real HoloLens.

The HoloLens emulator is based on Hyper-V and uses RemoteFx for hardware accelerated graphics. To use the emulator, make sure your PC meets these hardware requirements: