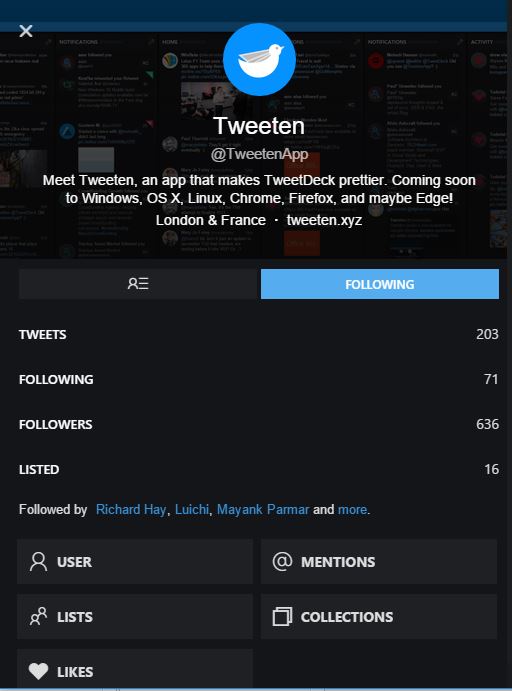 This is the changelog posted by Tweeten!