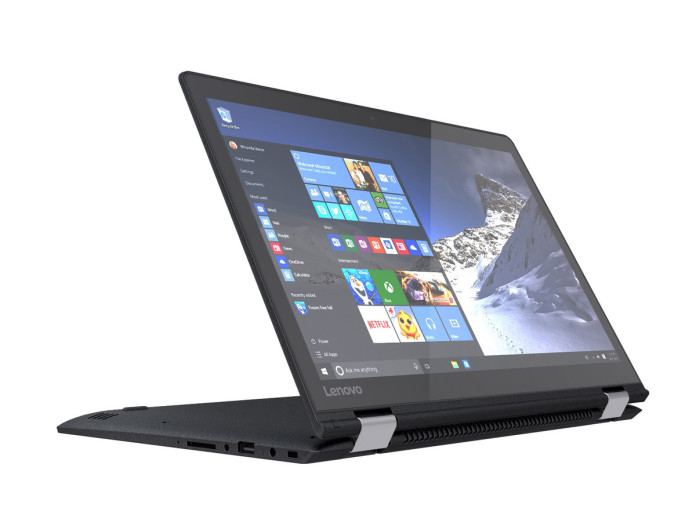 Although it’s rare to see laptops at Mobile world congress Lenovo has made the decision to show of some new laptops in their highly successful yoga lineup. These yoga laptops are the Yoga 510 and 710 and they are designed to be highly compact and portable.

These new laptops feature some very nice hardware. The Yoga 710 is available in 11 or 14″.

In the Yoga 710 the smaller 11″ model is powered by Intel’s current generation Core M processor up to an m5 processor. It has 8gb of memory and has a 256gb SSD. The 14″ edition it available with p to a Core i7 Skylake processor plus the 14″ edition has 8gb DDR4 memory and NVIDIA dedicated graphics.

The Yoga 510 has a 14″ and 15″ inch model and is more or less 2kg and has up to a Intel Core i7 processor and optional R7 M460 GB graphic. A full HD touch display and Harman Kardon audio features on both of the models.