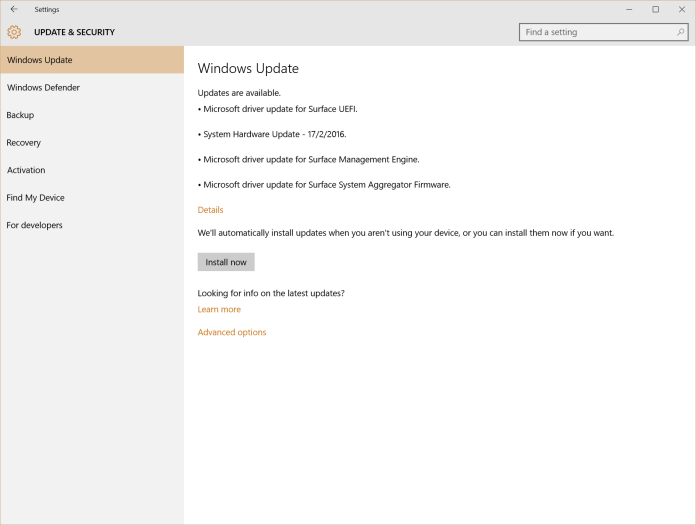 In October 2015, Microsoft unveiled the Lumia 950 series alongside the new Surface lineup which included the new 13-inch Surface Book laptop. Both these devices are designed to take advantage of what Windows 10 has to offer in terms of mobile and on the desktop.

Generally, speaking the new Surface lineup that includes the Surface Pro 4 and Surface Book and the Lumia 950 series received mixed reviews mainly due to its software.

The problem affected every Surface Pro 4 and Surface Book user and Microsoft even published an apology note after receiving numerous complains about the issue not being fixed.

But after a long 4 months, today Microsoft is officially putting an end to this problem with a new software update that is hitting all Surface Book and Surface Pro 4 devices.

So, if you own either a Surface Pro 4 or Surface Book, you will definitely want to spend a couple of minutes to get download and install this update (rebook required) so that you can finally enjoy the 8-hour battery life that Microsoft is claiming.