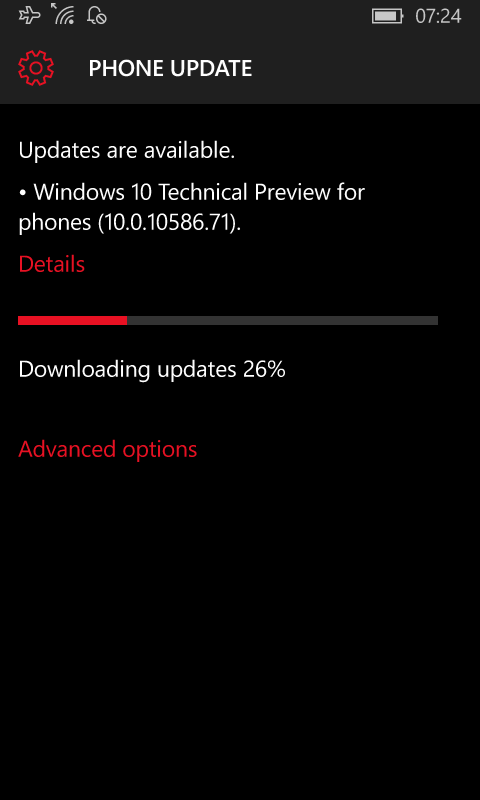 “We have another Cumulative Update for Windows 10 Mobile Insider Preview Build 10586 which we’re releasing today to Windows Insiders in the Fast ring, Build 10586.71. This Cumulative Update contains additional bug fixes outlined below. Windows Insiders in the Fast ring will also notice an Insider Fast Configuration Update that will update an expiring certificate to ensure your device will continue to receive future flights.”

Here is tweet that Gabriel Aul shared for the information, 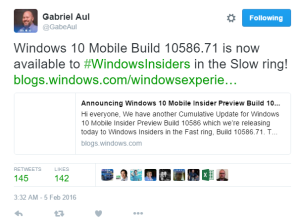 Overall we saw the current build brings lots of improvement over performance especially. But we do found some major issues and we are the first to found that too :). One such major issue you can read in our previous post “Windows 10 Mobile : Phone Dialer and People App Issues“. There are other issues too and we are checking it deeply internally before letting our users. Keep watching Windows Latest we will let you know soon.

Here is the complete change log in this build.

Stay tuned to @WindowsLatest for all the latest information, We are deeply covering the windows 10 mobile stuffs.